Qingdao: I visited it in 2013, right after I finished my summer job in small Chinese town (Longlin, more below). Longlin was hot and humid, in subtropical China and the sea in Qingdao was just exactly what I needed at that time. I went to swim and I became an attraction which I didn’t want; strangers were taking photos of me while I was entering the sea. While I was swimming, people were impressed I don’t need any sort of equipment for keeping my head above the water. Anyway, the climate was perfect and I walked through the city so much that my new shoes turned their shape to the shoes of a pilgrim. 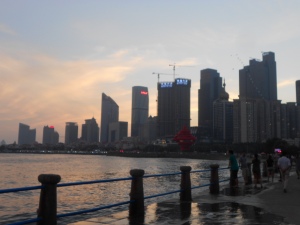 Suzhou: I visited Suzhou two times, first time in 2013 and second time in 2017. It is really convenient for everyone who stays in Shanghai to make a day or weekend trip to this cute Chinese city. I liked its old part and their water canals. It is really inspiring place and if you listen well, the streets have many stories to tell. It is a must for all artistic souls, especially for writers, poets and painters. I would highly recommend to everyone to visit classical gardens and take a ride on a small boat along the canals. 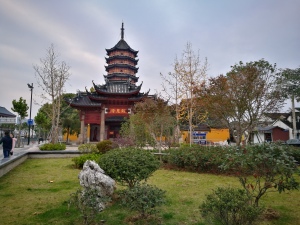 Shanghai: To be honest- I have a love-hate relationship with this massive Chinese city. I lived there for a couple of months but until now I couldn’t made one side decision whether I like it or not. I was able to get everything what I needed on daily basis in Europe (for example cheese, milk and other things like liquid soap, English books etc)- things which are still rare in other Chinese cities). Shanghai is a diverse combination of old and new China and a perfect city for everyone who visits China for the first time.

Longlin: it is a town where I spent one of the most unique summers I ever had. I travelled there alone and I came to the place where I knew no one. I coordinated everything via emails and I am still glad we trusted each other on distance. When I arrived to Longlin I knew immediately people there are warmhearted and welcomed and they accepted me as we were friends from the childhood. I was teaching English language at private school and at the same time they showed me colorful China which not many foreigners have a chance to see. Longlin gave me so many stories and transformed my personality a lot. I was far away from the person who would like to travel alone, but my wish to live in an unknown Chinese town was so big that I overcame that fear and found out solo travel can teach you much about yourself.

Hangzhou: I visited Hangzhou two times, but first time it was in 2013 and I didn’t feel it so special. I walked around the lake and old part, but except little forest next to the lake, nothing made big impression on me. All fame and beauty which everybody was talking about just didn’t come to my heart and eyes. When I went there second time in 2017, I had not expected anything special again, I just wanted to show it to my boyfriend and it was a doable weekend trip from Shanghai. We came there by bullet train but immediately when I stepped off the train I felt something completely different than last time. We stayed in the best hostel I ever been and at that time I really needed peace from vibrant and noisy Shanghai. 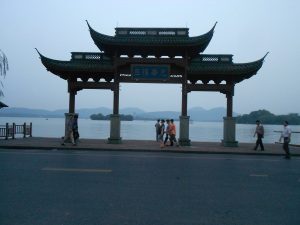 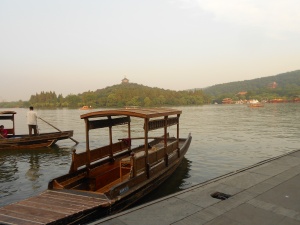 Shenyang: Shenyang is not the first city people usually choose to visit in China, but it will always stay a number one Chinese city for me. It was a city where I studied Chinese language in 2007; it was the first Chinese city I lived in. It is super cold in the winter (up to minus 25’C), but people are warmhearted and ready to help. You can still buy things for much lower price than in other more touristic Chinese cities and you can still enjoy some very authentic experiences, which are already gone in other part of the China (for example a ride in a small red car). When my daughter will be big enough, I will definitely bring her there; Shenyang is the place where I spent my best student times in 2007 and ten years later the nostalgic memories combined with complete new experience; i found out that life is giving me a new role- I was becoming mom. 🙂 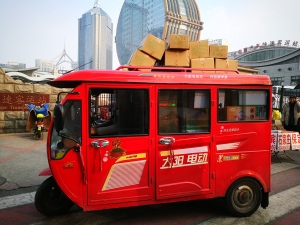 View all posts by Katarina